A Quick Theory of the Industrial Revolution (or, at least, an answer to 'Why Europe?')

Following a Twitter debate involving myself, Gabe Mathy, Pseudoerasmus, and Anton Howes on the theory that high wages in England induced labor-saving technologies and led to the Industrial Revolution, I thought I should lay out my own quick theory on why the Industrial Revolution happened in Britain, or at least, why in NW Europe. In short, this theory is too speculative to write an academic paper about (plus, this theory is not popular with Economic Historians, so it wouldn't publish), and I don't have enough time to write a book. Twitter doesn't provide enough space, so a blog post it will be. 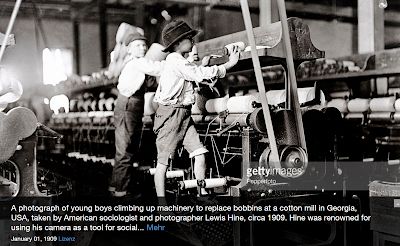 As far as we know, the high-wage economy that persisted in Europe after the Black Death was somewhat of an anomaly for the pre-Industrial world. Wages don't seem to have been as high in East Asia or India, while we actually don't know what wages were like in Africa. On the other hand, wages were even higher in many parts of the New World which had been recently depopulated, and where labor-land ratios were high. In any case, one can see the case for why economic agents would certainly try to cut back on high labor costs through new technologies. This theory has some sense, but I also see a few weaknesses. One is that "a wave of gadgets" swept over England at this time, with inventions including things like the flush toilet, which was not actually labor saving, and also the invention of calculus and of Malthusian economics. Also, many of the big technologies invented were actually quite simple, and so effective they would have been cost-effective to develop and implement at a wide range of relative prices/wages. A recent example of labor-saving technologies being worth it even for low labor costs is robots in low-wage China delivering mail.

Instead, I would focus on the other implication of high wages in a Malthusian world: fewer nutritional deficiencies, and higher human capital. This would include having consumers who can do more than simply buy necessities. High wages aren't enough, but rather I would think it's the size of human-capital adjusted population with which one is in contact with which will matter for technology growth. Thus, the Industrial Revolution could not have happened on a remote island with high wages, and would have been much less-likely in continents with North-South axis a la Jared Diamond. It also means that the rise of inter-continental trade would make overall technological growth faster, as technologies could be shared. This latter part of the story is probably crucial, as the rise of cheap American cotton was sure to be combined with the idea of mechanized textile factory production, especially since the latter had already been invented. (Indeed, one can't even produce cotton in England!)

The above logic could also answer why the IR didn't happen immediately after the Black Death. All I would argue is that if human capital is important for growth, then what we should expect to have seen after the BD in Europe is a relative "Golden Age" with a lot of progress and advance. In fact, the Black Death was the beginning of the end of the Dark Ages in Europe, as the Renaissance, the Age of Exploration, the Protestant Reformation, the Scientific Revolution, the Enlightenment, and the US Declaration of Independence all happened in the centuries thereafter. The printing press was invented in the 1450s in high-wage Germany. Modern banking was invented in Italy in the high-wage 1500s. Henry the Navigator had his formative years in the post-BD period of affluence in the 1410s. Brunelleschi discovered perspective in art in 1504. Newton invented the Calculus in the 1650s. The locus of technological change dramatically shifted to Europe -- before it had been a backwater. Europe then began colonizing the rest of the world. And, as it did, stagnant Eurasian agriculture imported a wealth of new agricultural technologies from the New World. However, I think it's better to view the Industrial Revolution not by itself as a special event, but as one of a long-line of major breakthroughs and accomplishments in the centuries after the Black Death, in which one sphere after another of European society was being transformed. Productivity soared in book-making after the introduction of the printing press, only there was much less elastic demand for books than there was for clothes and fashion, and so an Industrial Revolution could not depend on it. But the initial idea for mechanizing cotton textiles was probably not much larger or that much more difficult of a technological or intellectual breakthrough than these other revolutions, only it happened to be much more consequential in economic terms due to the nature of the industry.

The key difference between Europe and the rest of the world was that European cities and people were filthy, thus had high death rates which kept living standards high. This theory can also explain why "Not Southern Europe", as, for malthusian reasons, the post-Black Death high wages began to decline after around 1650 in the south. Note that this theory is also perfectly consistent with a cultural explanation for Britain's "wave of gadgets". A society in which half of the people suffer from protein deficiency is probably not going to be very vibrant culturally. Such a society may also develop institutions (the Inquisition) which place other barriers on development. Conversely, a society benefiting from high wages for Malthusian reasons might also be more likely to develop a culture and institutions conducive to economic growth.

In any case, this theory isn't completely new -- I've heard others, such as Brad DeLong, mention this as a possibility, but I haven't seen it explored in any detail. However, it won't be as popular with economists as the idea that growth is all about genetics. This idea was actually the first really big "Aha" moment I had after starting my Ph.D., as it popped right out of Greg Clark's excellent course on the Industrial Revolution, from where many of these ideas come. I eventually decided it was too speculative to write my dissertation on, so then switched to hysteresis in trade, and then to the collapse in US manufacturing employment. Maybe one day, post-tenure I'll return to growth...

Update: Pseudoerasmus points me to a very nice-looking paper by Kelly, Mokyr, and O' Grada, with a very similar theory to what I've written. They focus on England vs. France, and on the IR rather than everything which happened after the Black Death, and they don't appear to include Crosby-Diamond type effects, but I still approve.
Posted by Doug Campbell at 9:47 AM