The Peso has recovered. Good news for the future of NAFTA...

With the US dollar already a bit overvalued, and the US stock market also looking richly valued by historical measures, I need something to invest in each month. Thus, I decided to have a look at LT government bonds in Mexico, and the value of the peso, to play the carry trade/uncovered interest parity puzzle. Last I'd checked, the Peso had depreciated a lot from its pre-election levels. Turns out, not any more. The peso is roughly back to pre-election levels. Looks like the conventional wisdom now is that nothing really will happen to NAFTA. 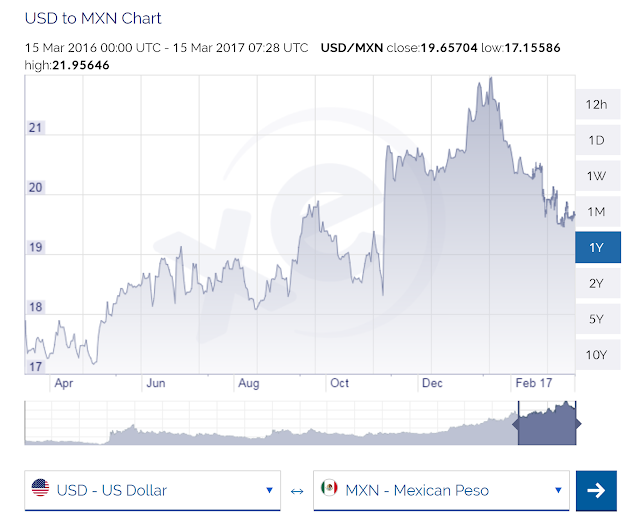 This is great. Ending NAFTA was a horrible idea, and Mexico has, at most, only a little to do with the decline of American manufacturing. It's also possible that trade with Mexico has helped soften the blow to American manufacturing, as cheap Mexican labor can sometimes be a complement in production for some sectors. This may be why most of the countries near to China, with the exception of Japan, are not now in depressions. (In fact, someone needs to write a paper about this...) Below is the NAFTA trade balance ex-oil. You'll notice it's always been roughly balanced. Ending NAFTA would create winners and losers in the US, but you can bet the losers (at least the exporters, not the consumers) would scream louder than the winners would applaud. 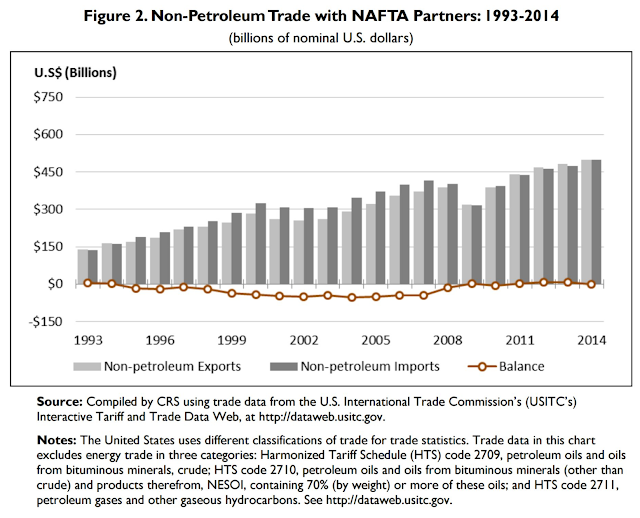 Posted by Doug Campbell at 2:29 AM