Robots and Inequality: A Skeptic's Take

Paul Krugman presents "Robot Geometry" based on Ryan Avent's "Productivity Paradox". It's more-or-less the skill-biased technological change hypothesis, repackaged. Technology makes workers more productive, which reduces demand for workers, as their effective supply increases. Workers still need to work, with a bad safety net, so they end up moving to low-productivity sectors with lower wages. Meanwhile, the low wages in these sectors makes it inefficient to invest in new technology.

My question: Are Reagan-Thatcher countries the only ones with robots? My image, perhaps it is wrong, is that plenty of robots operate in Japan and Germany too, and both countries are roughly just as technologically advanced as the US. But Japan and Germany haven't seen the same increase in inequality as the US and other Anglo countries after 1980 (graphs below). What can explain the dramatic differences in inequality across countries? Fairly blunt changes in labor market institutions, that's what. This is documented in the Temin/Levy "Treaty of Detroit" paper and the oddly ignored series of papers by Piketty, Saez and coauthors which argues that changes in top marginal tax rates can largely explain the evolution of the Top 1% share of income across countries. (Actually, it goes back further -- people who work in Public Economics had "always" known that pre-tax income is sensitive to tax rates...) They also show that the story of inequality is really a story of incomes at the very top -- changes in other parts of the income distribution are far less dramatic. This evidence also is not suggestive of a story in which inequality is about the returns to skills, or computer usage, or the rise of trade with China.

With Lester Lusher, I've also waded into this debate (here and here). What we set out to do is show a variety of evidence all pointing to the conclusion that trade shocks have not caused a rise in inequality. First, we look at the two largest trade shocks in the US, the 1980s dollar bubble, and the late 1990s appreciation + rise of China shock. Perhaps surprisingly, neither hurt the wages of low-wage workers who worked in exposed sectors disproportionately. Sectors more exposed to the shocks also did not experience increases in inequality. We also found no association between capital upgrading by sectors, and inequality, or between TFP growth and inequality.  And then we looked at the cross-country evidence, and found that trade with China, trade deficits, trade levels, and changes in trade are all not even correlated with top income shares. As a last bit, we tested the Piketty, Saez, and Stantcheva results out-of-sample. Although we found that a slightly different functional form, and a dynamic model worked much better, we found that their results hold up out-of-sample. Interestingly, even though this was just a small part of our paper, referees protested that the result was not new. They apparently see no value in subjecting previously published work to additional testing, even if it is seminal work on a major policy topic that is also controversial enough that many top people (Krugman, Autor, Acemoglu, etc.) seem not to believe it. And this journal was second tier!

In any case, there is a long history of constructing mathematical models to show how international trade or skill-biased technological change can influence the wage distribution in theory. However, it's not clear to me this literature has been very successful empirically, in the end. It seems to me that any theory meant to apply to all countries will be a theory that doesn't apply to any country. And somehow it always seems that the contributors to this literature are not aware that there is already a perfectly good explanation for rising inequality that has explanatory power internationally (and out-of-sample).

Lastly, why are wages growing slowly? Well, let's not forget that the Fed has raised interest rates 3 times already since the Taper, despite below-target inflation and slow wage growth. The labor market has been bad since 2007 (or, in fact, since 2000 -- see my longer explanation here). Wages tend to grow slowly in bad labor markets, and tight money will keep them from growing quickly. There's no need here to draw parallelograms. 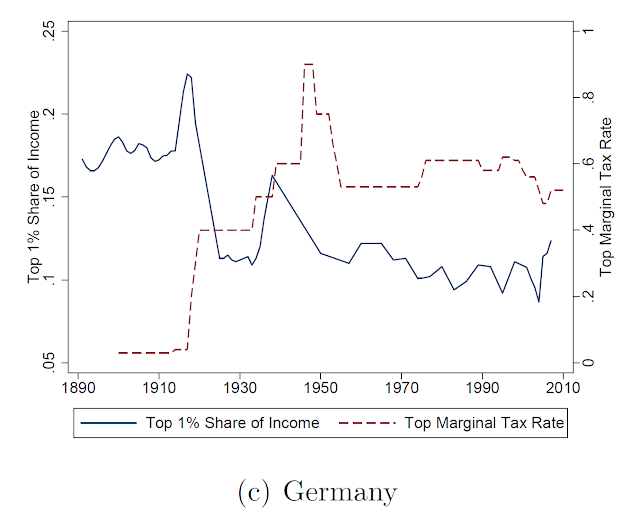 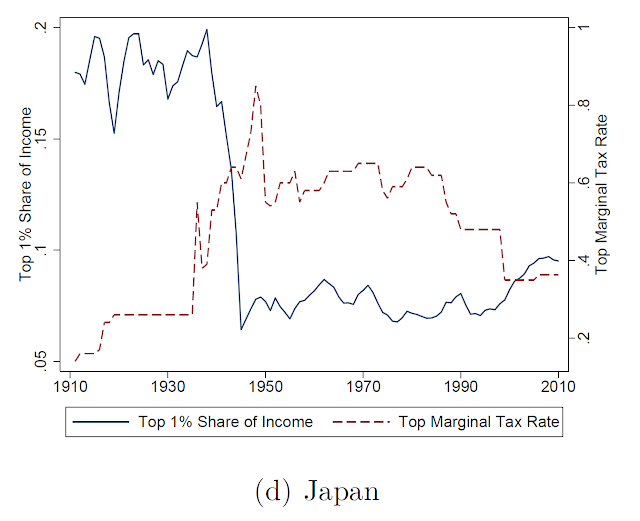